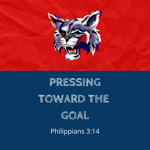 Paul Settle
Varsity Head Coach
Paul Settle is a four-time Wildcat letter winner whose name can be found throughout the team record book. Paul holds records for most three-pointers in a career (289) and in a season (124). He also hit the most free throws in one campaign (140). Paul is a member of the Wildcats 1,000 Point Club. Only two others have scored more points in a Wildcat uniform than his 1,768. Paul was a member of the Cats’ first state title team in 2011 and his squads made three straight trips to the NCHBC National Elite 8. Coach Settle is very passionate about basketball and likes to motivate/push players to reach their full potential. He graduated from the Kelley School of Business in 2016, and is a marketing manager at a third party logistics company.  In his spare time he loves hanging out with his family, friends, his wife Lindsey, pursuing his business ventures, and studying the game of basketball. Paul would like to thank his wife for her patience, love and sacrificial time given so that he can do what he loves. 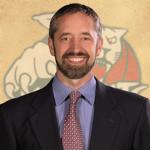 Coach Bialek was the head coach for boys Varsity for eighteen years.  In those years the Wildcats won six ICBA state titles (including the last five straight), claimed seven conference championships (also winning the last five in-a-row), won two Midwest Regional crowns, made five national Elite 8 appearances, and advanced to two national Final Fours.  In 2019, the Cats not only advanced to the Final 4, they also won their first Undisputed National Championship by defeating the OKC Storm. Six of his Cats have been named NCHBC 1st Team All-Americans and eight have gone on to play in college.